A post by Peter Murray, Head of Gaming at GBG

The month of March will have big implications for the Australian gambling sector and it would appear that consumer protection is at its core.

It has been a busy time for the global gaming team at GBG.ICE dominated industry conversation in February and the upcoming Cheltenham Festival and Grand National are at the forefront of our minds in the UK. But sandwiched in-between was a much smaller but equally important event.

The EGR Australia Power Summit in Sydney may not have been given that much prominence here in Europe but it brings together the key stakeholders across the sector and is one of the few times (outside of the madness of the Melbourne Cup) when the industry gets together.

The topics covered a wide range of subjects including regulation, the continuing M&A activity, challenges around personalisation and customer engagement, as well as how to encourage product diversity and innovation across the sector. All were discussed in the light of the specific challenges in Australia and the forthright debate was upfront and refreshing.

It was conversation around upcoming regulation that stood out. Whilst the amendments to The Interactive Gambling Act and the strengthened enforcements contained within it has implications for everyone in the sector, there was one specific part of changing regulation that intrigued me: the Consumer Protection framework and how it would impact the sector.

The framework is part of federal legislation and interestingly falls under the department of Human Services and its Minister Alan Tudge. It comprises 11 elements but the main conversation at EGR was the core part, namely that of the introduction of a national self-exclusion service.

The federal government is having a second round of consultation this month so hats off to the Department of Social Services for fronting up to the event and holding a round table in such a public forum. The operators weren’t holding back on their thoughts on the issues especially when it came to self-exclusion. Operators genuinely want to engage but need clear guidance from the government and at this point it is not clear as to how this will work or when it is likely to be implemented.

For me, the debate around self-exclusion and how it plays out is a key point for the gambling industry not just in Australia but globally. When it comes to the media or politicians wanting to use the issues around gambling to increase their profile or to garner some headlines then taking a shot at gambling provides an easy target. For those not familiar with the region then just search Nick Xenophon or Andrew Wilkie and you will get a sense of the tone of the debate in Australia.

Whatever jurisdiction you work within, a successful self-exclusion scheme is undoubtedly a force for good, demonstrating how regulators and operators work together for the protection of the consumer. An unsuccessful, prolonged or unworkable scheme will leave the most vulnerable section of society at risk and become a justifiable stick with which to beat us.

So I came away from a hugely productive EGR event with a view that March could prove to be a key month for the Australian wagering sector. I look forward to helping support meaningful consultation with the government and to seeing how we can all work together for the good of the entire industry. 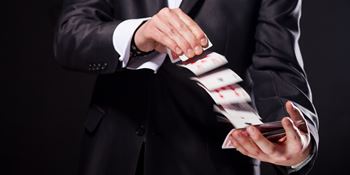 Videos See the magic of a player engagement strategy 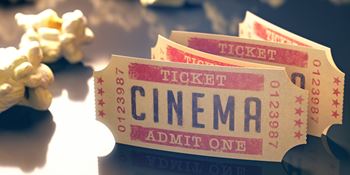 Videos Onboard and engage your players faster 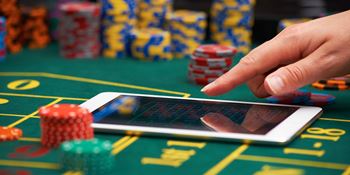