INFORMATION PROVIDED ON THIS FORM MUST BE TYPED OR PRINTED ELECTRONICALLY AND PROVIDED TO AN RIS.

(Note: Italicised terms have the same meaning as given in the Listing Rules.)
Date:  19 January 2015

Name of applicant: GB GROUP PLC
Name of scheme: BLOCK SCHEME FOR
- GB GROUP EXECUTIVE SHARE OPTIONS
- GB GROUP SAYE SHARE OPTIONS
Period of return: From: 17 JULY 2014 To: 16 JANUARY 2015
Balance of unallotted securities under scheme(s) from previous return: 2,378,598 ORD 2.5P SHARES
Plus:  The amount by which the block scheme(s) has been increased since the date of the last return (if any increase has been applied for): N/A
Less:  Number of securities issued/allotted under scheme(s) during period (see LR3.5.7G): 1,906,254
Equals:  Balance under scheme(s) not yet issued/allotted at end of period: 472,344 ORD 2.5P SHARES

Reveal another side of your customers

Blockchain: Why the technology powering bitcoin will revolutionise digital identity 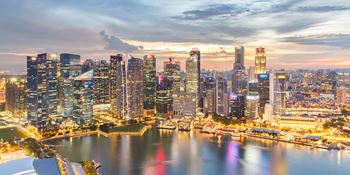