Player Engagement may be closer than you think

A blog post by Peter Murray, Head of Gaming at GBG.

The majority of those we surveyed were occasional gamblers. These players can be a nightmare loyalty-wise. After all, how do you engage with someone who only bets once or twice a year? The dream for any operator is to turn the huge numbers of occasional gamblers into loyal customers who play regularly, but how?

Recreational gamblers overwhelmingly prefer to use smartphones or tablets (75%), with only 29% expressing a penchant for laptops or desktops. As you might guess, convenience was the main reason our respondents gave for using the devices. For strategic and professional gamblers on the other hand, there was a clear preference for desktops and laptops (50% and 67% respectively).

Having a clear preference towards smartphones and tablets (50%), the youngest age bracket were mostly comprised of occasional gamblers (51%).

In doing so, operators need to ensure they take responsible gambling compliance seriously – research has shown that 18-24 year olds are most likely to become problem gamblers. Implementing KYC checks at the point of sign-up, for example, could help to identify and protect underage and vulnerable players, as well as collecting valuable information about those who are eligible to play, from the moment they join - getting you, quite literally, ahead of the game.

Changes are coming to gaming regulation - will your business survive? 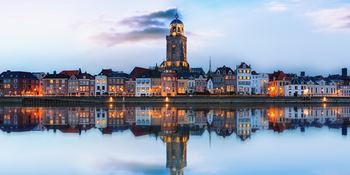 Blog Risky business: The strange psychology of the people who manage risk 13 December 2019