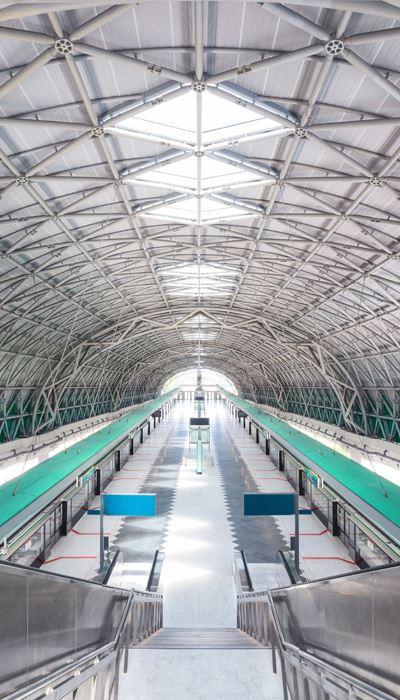 Over half of the world’s population lives in an urban area – and that number is expected to rise.

Creating and maintaining the infrastructure that powers a city, from public transportation to power and communication to roads, is already a monumental task. But the challenges will grow as more cities move from hundreds of thousands of people to millions.

Technology like the Internet of Things (IoT) and its promised billions of connected devices offer an opportunity to revolutionise the infrastructure of cities and make them “smart”. Smart cities can manage traffic flows by linking connected cars, traffic light systems and weather and traffic alerts, directing people in real time away from congested areas. Power, water and even broadband consumption can be monitored and managed in real time, diverting resources to where they are needed, scaling up and down as required, for real cost efficiencies and greener energy use.

The means to power all these advances lies in connected devices that can communicate with each other. And in order to communicate, devices need unique digital identities of their own, and digital identity management technology so that they can securely recognise each other, share relevant data and create relationships between devices and users. But how much data these devices should transmit and how deeply identifiable a device should be is a delicate question.

How much data is too much data?

“It’s very important that these technologies don’t run ahead of public consent,” says Dr Jonathan Bright, a Research Fellow at the Oxford Internet Institute who specialises in computational approaches to the social and political sciences.

He points out that in the UK, the idea of a centralised government-run identity database – the failed Identity Card scheme – proved to be extremely controversial. So in the case of your car’s identity, for example, the depth of data that needs to be shareable has to be carefully thought out.

Right now, traffic is managed rather crudely. It’s very easy to establish how much traffic is on a particular road, but difficult to figure out where it has come from or where it’s going unless you start pulling people over for a traffic survey, something which is both disruptive and time-consuming.

A connected car could hold data such as home address and work address to identify its most travelled-to locations, or it could go further and upload its entire GPS system data to show everywhere it has been, or even further, delivering GPS data in real time, along with your name, your address, your work address, how much petrol you have and more.

For the purposes of city planning and traffic flow, even just a mile radius for your home and work address would be extremely helpful in managing rush hour traffic and offering advice to you on your best route. It could even go further and help city planners to decide whether a new office building for a specific company in a specific location is a good idea, based on the number of employees driving, or taking the train or the bus, and their residences.

“The question is what data do you need to manage identity? It’s hard to say what people will be comfortable with because it’s a complicated thing to explain to someone who is not an expert in the area. It won’t be intuitive that things can be divided up, as in the example of the car. I certainly think that the idea of starting from the default position of limiting what’s required is a good one,” says Bright.

Figuring out the level of privacy people are comfortable with is challenging. If you ask people directly in a survey what they think about personal data, they usually respond highly protectively. But in practice, people are often willing to give out their name, email address and even phone number in return for nothing more than a money-off coupon for their favourite shop.

“People are aware that their information will be used in different ways by companies, but the biggest use is targeted advertising and I think people largely put up with that,” says Bright.

People want to have a certain amount of control over the outcomes of surrendering their personal data and they also want a reasonable return.

So if smart city planners could show that giving up certain information would lead to energy bill reductions for example or vastly improved traffic flows, people may be incentivised enough to release their data.

So if smart city planners could show that giving up certain information would lead to energy bill reductions for example or vastly improved traffic flows, people may be incentivised enough to release their data.

The identity of connected devices is becoming ever more important as the Internet of Things proliferates, but security, standardisation protocols and privacy are looming challenges. However, the huge benefits of smart technologies for the megacities of the future are likely to create a rising imperative to overcome these obstacles.

Want to stay in the know when it comes to the world of identity? Sign up to our INSIDE magazine.