The five characteristics of a first party fraudster

The news that more than 60% of all recorded fraud is identity related has been causing a stir over the past few days, yet little attention has been paid to what accounts for the remainder - first party fraud.

First party fraud is fraud which doesn't involve any abuse of identity details, meaning for example that the fraudster is the genuine holder of the account.

This form of fraud can be very diverse, and includes:

- Application fraud, in which services or products are applied for using false information or supporting documentation.

- Misuse of facility fraud, in which a facility such as an account or policy is used fraudulently.

- Asset conversion, in which an asset subject to a credit agreement (such as a car) is sold illegally.

- False insurance claims, in which a claim or supporting document contains falsified information.

With false insurance claims and mortgage fraud on the rise - despite an overall drop in fraud - first party fraud is not something which should be taken lightly.

So who are first party fraudsters?

Statistics have shown perpetrators of first party fraud to be overwhelmingly male - in the case of misuse of facility fraud, less than a quarter were female.

The majority of first party fraudsters fall in to the 21-30 age bracket, with almost double the number committing application fraud than in the 41-50's.

3) They live in London

This is not just true for first party fraud - London has the highest density of fraud (recorded frauds per thousand people) in the country. Out of all of London's postcodes, East Ham (E6) tops the list for fraud.

Young, lower income workers living in this sort of housing are massively over represented in first party fraud statistics - by almost 15%. They are closely followed by young, low income singles renting small council flats, a group who are over represented by more than 10%.

As mentioned in point four, first party fraud is dominated by young, lower income individuals. Renting in or near to cities often requires a disproportionate amount of their income, leaving them struggling to fund other necessities. Some young individuals with higher incomes (labelled 'Bright Young Things' by CIFAS) are also over represented, suggesting many may be funding aspirational lifestyles.

Understanding the details of a fraudster's identity is invaluable in the fight against fraud. Not only can identity data be used to identify and locate fraudsters, when used to its full potential it can prevent instances of fraud occurring in the first place.

To find out how we can help you to combat first party fraud, please click here>>

Investigate fraud more efficiently – how to apply a triage system 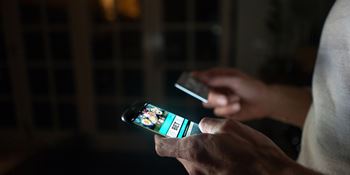