GBG asks: Is the branch dead? 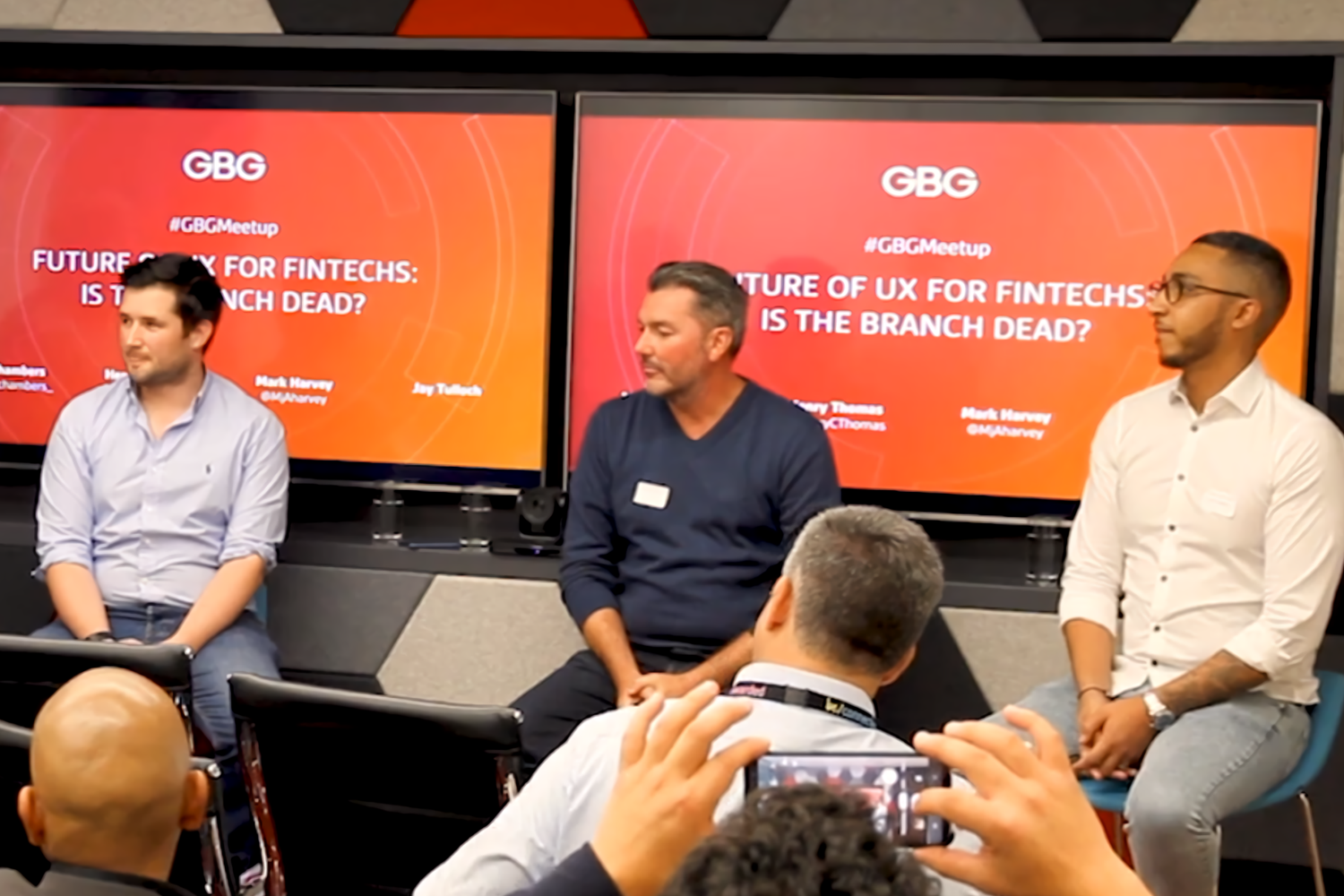 Last month GBG hosted a meetup for fintech and UX professionals to ask the question: Is the branch dead?

Our moderator for the evening, Mike Chambers, Director at Eazy Collect and EPA Ambassador, was joined by was joined by Metro Bank’s Head of Design Jay Tulloch, Sekura Digital Group's CEO Mark Harvey, and GBG’s Head of UX Henry Thomas, for a lively discussion about the future of bricks and mortar, and UX’s role in the world of Banking as a Service (Baas).

Here are some of the highlights from the discussion, plus a video of the full debate.

“If you asked me that about 6 months ago, I would have said yes. However, my 14 year old daughter wanted to open up a new bank account with a top four bank, she actually didn't want to use any form of online, she wanted to experience going in and sitting in front of the human.

“So based upon that, I think actually, the branch is still very much alive.”

“I say far from dead. I was applying for a mortgage, kind of recently, and I decided to use a digital channel. And fairly quickly, I found myself quite agitated. I did not want to have to keep checking my emails for responses stopping which, you know, if I had a face to face appointment, I couldn't answer the question or got a response directly. I had to wait maybe a day or kind of 24 hours, I get that response.

“In the end, I actually booking appointment and in store. I can speak into a mortgage advisor face to face.”

“I think that if you take a look at some of the changes in society, particularly over the last sort of 5-10 years, we've digitised a lot of stuff, right, we've done a lot of digitalization of various experiences and journeys.

“But the problem with digitisation is people didn't stop going out. They didn't stop going and seeing each other than stop hanging around and talking to each other face to face, they just found another way to do that. And I think that's an important thing to bear in mind is people still like human interaction”

“Customer experience. I think that's what it's about. Right? No matter if it's in a digital economy, face to face economy. Metro really tried, and I think you're kind of doing it, to redefine banking, right?

“Opening up on a Saturday and Sunday and allowing your dog in there. If you've got a dog, that's great. I think, taking the customer experience side, in banking as a as a service, I think what you've got to be careful with is: is your service really applying to what the customer needs?”

“Ultimately, as long as you focus on that kind of customer experience, and interaction – so, what costs and problems are you actually solving, then you're going to be on the right track.”

“One of the things I think we've made the mistake sometimes doing in digital altogether is to assume that digitalization is the end goal.

“The end goal of these things is to have a digital experience because that's what you do, right? I think it's easy to make that mistake, rather than looking at what are the needs the customers and is that served by digitalization of that process?

“Diversification for high street banks. Getting more social and getting closer to the community, and I think it holds growth in challenger banks and improvements in UX for more complicated transactions.”

“The high street’s coming back, but not as we currently know it.”

“The future is a hybrid between digital and physical. I think the future is also Banking as a Service (BaaS) – giving customers exactly what they want and solving real customer problems. Digital is the future, but bricks and mortar is here to stay.”