Insurance fraud is a serious issue. Not just for the industry, but policyholders too.

According to the UK government’s Insurance Fraud Taskforce report[1], released in 2016, insurance fraud has cost policyholders an estimated £50 a year in increased premiums and the country more than £3bn.

This type of criminal activity pushes up the cost of essential insurances like home and car cover and takes money out of the pockets of public services like the NHS. And in our technology-driven, economically uncertain times, insurance fraud is proving to be an easy earner for some.

Cashing in on opportunity 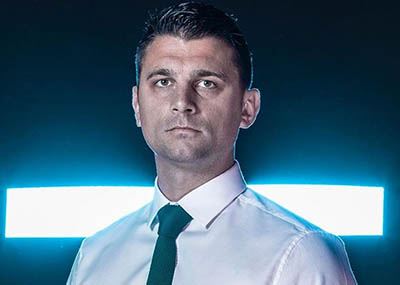 “In the last economic downturn we had in the UK, people resorted to this type of activity,” says Ben Owen, Head of Training at investigation and intelligence services firm Robertson & Co and part of the team of experts[2] tracing the individuals trying to go ‘off grid’ on Channel 4’s critically-acclaimed Hunted."

"Opportunistic fraud lent itself to more aggressive types of fraud and in-depth fraud, and I think this is a returning legacy because people found it very easy.”

With the economic uncertainty of Brexit on the horizon and criminals becoming ever more tech-savvy, the fight ahead will be increasingly challenging.

But for some time now, the insurance industry has been exploring the potential power of data and data analytics to stop fraudsters.

Expanding the scope of data collection to public records, for example, allows insurers to check public credit history or the electoral roll when someone applies for insurance, helping to stop identity theft or false identities. Equipping cars with versions of the black boxes in airplanes has also provided a new level of data for motor insurers, which not only lets them offer tailored pricing to careful drivers, but helps them to prevent “crash for cash” staged accident scams.

The explosion in geolocation data was a brilliant investigative tool to track down all kinds of criminals for a time; if someone had location services on, you could see where they’d been and where they had made social posts from.

Social media and network analysis are techniques used by the team of expert hunters to track their quarry on the TV show, Hunted, for example.

“In the past, we have also used this technique to pinpoint fraudulent activity, tracing the location services of a subject’s known associate,” explains Owen. This approach never really gave much back in terms of evidential information to take to court, however, he adds, and today individuals know to turn location services off on their devices.

Ahead of the curve

The flipside of this is that as the insurers are developing and using more technology, so too are the criminals.

“Just when you think you understand the mode of operation for fraudsters, they’re coming up with new processes,” says Owen. “Criminals are forever looking for different ways to defeat the system and fraudsters are no exception. If anything, fraudsters can be some of the most efficient criminals out there.”

Data analysis is a valuable tool for the insurance industry, but Owen believes that insurers will have to go further to stop innovative fraudsters.

“It’s not just data and analytics and data collection; looking at the data we have and trying to link persons or telephone numbers or cars. We should be looking at behavioural trends and predictive analysis,” he believes. “To look six, twelve, eighteen months down the line, to predict behaviours and the regions where we see things pop up you need to look back over historical fraud data to see what the issues were. You can then start to predict what may happen in the future and negate the issue before it comes.”

It’s also important that the insurance industry shares data as much as possible, across all stakeholders. One of the top recommendations of the government’s Insurance Fraud Taskforce report was that companies should join existing anti-fraud schemes and databases such as MyLicence, which provides access to DVLA driver data. In a follow-up report[3] at the end of 2016, the government reported that use of MyLicence had increased 10% over the year and over 80% of the Association of British Insurers’ members were participating in the Insurance Fraud Register.

Owen points out that while insurers are willing to share data, not every company has the kind of sophisticated system that can pick out information for any and all requests. He also agrees with government recommendations that are encouraging aggregator and price comparison sites to join the fight.

The UK government has previously outlined plans to go even further in data sharing[4]. It sees partnership between the public, government, law enforcement, the wider public sector, private sector organisations and the voluntary sector as vital in the fight against fraud. Inherent in that is the idea of sharing data across different industries. If the financial services and retail industries, which already have well-established fraud bureaus, share data with insurance providers this could help to identify someone who has written off multiple cars in a car loan fraud scheme, for example.

To tackle fraud, the insurance industry needs to try to be as nimble and adaptive as the fraudsters, changing how it uses data and the technologies it employs to keep pace. The only way to stay on top of fraud is through constant training.

“My passion about fraud investigation is training; always train, train, train. You can spend a million pounds on the right piece of software, but if you don’t have the right people with the right skills and expertise…it’s pointless,” Owen concludes.