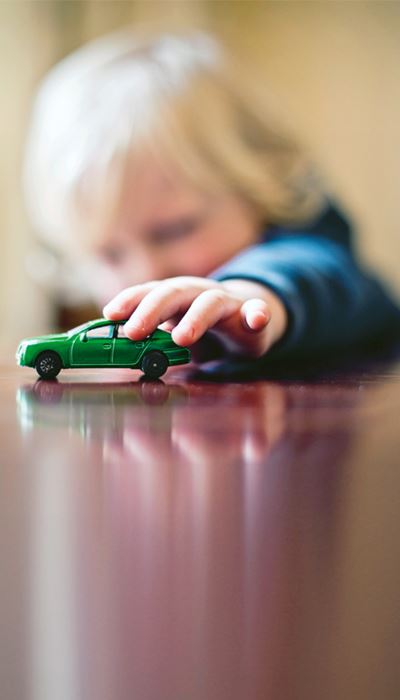 Auto lending fraud is on the rise in the United States. In the last quarter of 2016, the value of uncollectable loans rose to over $1.1 billion. Subprime loan delinquencies also climbed dramatically. PointPredictive[1] estimated that the annual fraud risk is now between $4 and $6 billion. Double that of only a few years ago.

Why has auto lending fraud increased?

The rise in auto lending fraud is partly down to an overall increase in auto sales and lending volumes. That’s to be expected. The more finance applications are made, the more fraudsters will be hidden among them.

Growing levels of risk are also a factor. A fifth of all new auto loans are issued to non-prime borrowers. These are people with weaker credit histories and a higher likelihood to default.

An increase in application fraud linked to misrepresentation in the original application is also believed to fuel the 40-70% rise of early payment defaults, according to PointPredictive’s research.

A proportion of misrepresentation frauds may be due to untrustworthy dealers who push customers into taking out riskier loans or fabricating documentation (like fake wage slips). Even a small increase in the amount of fraudulent conduct of corrupt dealers can have a huge effect on an organisation’s bottom line. PointPredictive found that virtually 100% of fraud losses experienced by some lenders were associated with less than 3% of their dealers. When it came to early payment losses specifically, they were found to come from just 10%.

The story is different in the UK

While the UK car market has seen a similarly explosive period of growth in the past few years, there has been a steady decline in recorded lending fraud. 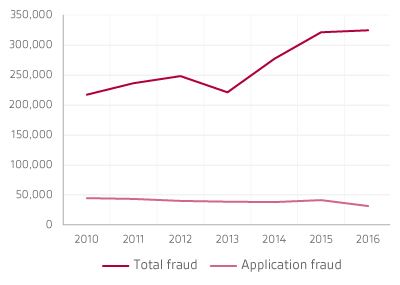 Independent fraud prevention service, CIFAS, recorded a 23.4% drop in application fraud between 2015 and 2016, despite a 2.1% increase in overall fraud.[2]

Identity fraud on the other hand, rose to its highest ever level, with online applications a major source. A massive 88% of identity frauds were found to have been enabled by the internet. Asset finance fraud saw a significant rise of 22.2%. Here, again, identity fraud was the biggest driver.

What is the UK doing differently?

If overall car sales are anything to go by, the UK should face a similar rise to the US. Yet British auto lenders are somehow beating the odds. This isn’t down to restrictive lending but a huge push by the automotive sector in recent years to detect and fight fraud. Much of this has been a focus on bolstering its anti-fraud infrastructure. Information sharing (including data consortiums) has increased, and there is greater co-operation between police and trade associations. There has also been a concerted drive to register the vehicles themselves with the relevant agencies.

By investing in state-of-the-art detection systems and analysing data to identify fraud trends, lending companies have made a huge impact on fraud. The fight against auto lending fraud now includes document image validation, thorough identity checks, and systems to detect fraudulent information at the point of application. Importantly, these can all be part of an easy, automated onboarding process that doesn’t impact or delay genuine applications.

Putting the brakes on fraudsters

Before working with GBG, Black Horse Finance used to struggle to authenticate customers. It took time and resource to manually check application data and driving licences. An increasing number of false documents that fraudsters could download from the internet made the problem worse. It called for innovative ways to stop fraudsters without affecting genuine customers.

Black Horse used GBG ID3global to develop an online sign up process. This accurately verifies customers’ personal data and identity documents in real time. There was an immediate improvement in both operational efficiency and fraud detection rates. In the same year Black Horse won the prestigious Institute of Transport Management Best Innovation award for its new approach to customer verification.