A post by Peter Murray, Head of Gaming at GBG.

Two things struck me when I attended the Brazilian Gaming Congress (BGC) in Brasilia this month. The first is obvious, in that Brazil has a long tradition of sporting pre-eminence of which they are extremely proud. The second is that alongside this sits an ingrained fondness for gambling. 45% of the nation's 200 million people have internet connectivity, and if you do the flimsiest bit of research on their game of choice, Jogo Do Bicho, then you will realise that Brazilians like to bet!

In 1946 the Government banned the vast majority of gambling but, just as their love of football does not disappear with a rare humbling defeat, Brazilian’s love of a ‘punt’ did not stop just because the Government of the day dictated it so. As history has proven time and time again, if you introduce prohibition then the activity simply moves elsewhere.

To prove that point, recent figures show that approximately 200,000 Brazilian punters leave their borders each month to mix a bit of gambling into their leisure-time activities.

The Government has also calculated that 100 overseas operators are currently taking $3 billion from the Brazilian economy, and with a regulated market valued at $16.8 billion then there is clearly an issue to address.

Understandably the Government has had enough of potential tax revenues disappearing into someone else’s pocket, and with an economy in need of an injection of support it looks like gambling is firmly back on the agenda. Even with the country's long history of political volatility, and their recent impeachment of their president on a charge of creative accountancy, there seems to be broad consensus towards acting sooner rather than later.

Bills are on the table, and Government officials from all sides seem to be demonstrating a willingness to cooperate to get a result. Whatever form of regulation does materialise however, there's one thing that's clear: player protection and anti-fraud measures are top of the agenda. Governmental distrust of the sector is based on a well-founded perception that gambling was previously a hub for illegal money laundering, so addressing these concerns whilst ensuring players are protected will be fundamental to any laws finally coming onto the statute books.

As with all regulation it will not be straight-forward (this is a country that jailed the owners of bingo parlours after all), but for those recognised online operators who currently accommodate Brazilian players in the ‘grey’ market, it may be time to sit up and take notice.

With regulation looming, now might be the time to prepare for the future and to look at the landscape post regulation and address likely requirements when it comes to player protection.

The next step is to evaluate whether the wider region will take Brazil’s lead - with so much change in store it’s a safe bet to assume Latin America is one of the markets to keep an eye on.

To discuss the future of gaming regulation in Brazil, or for advice on ensuring your company's compliance, please contact enquiries@gbgplc.com.

TabCorp gets closer to its customers 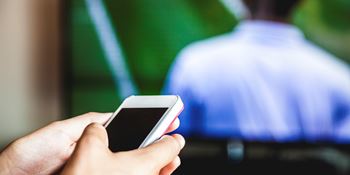